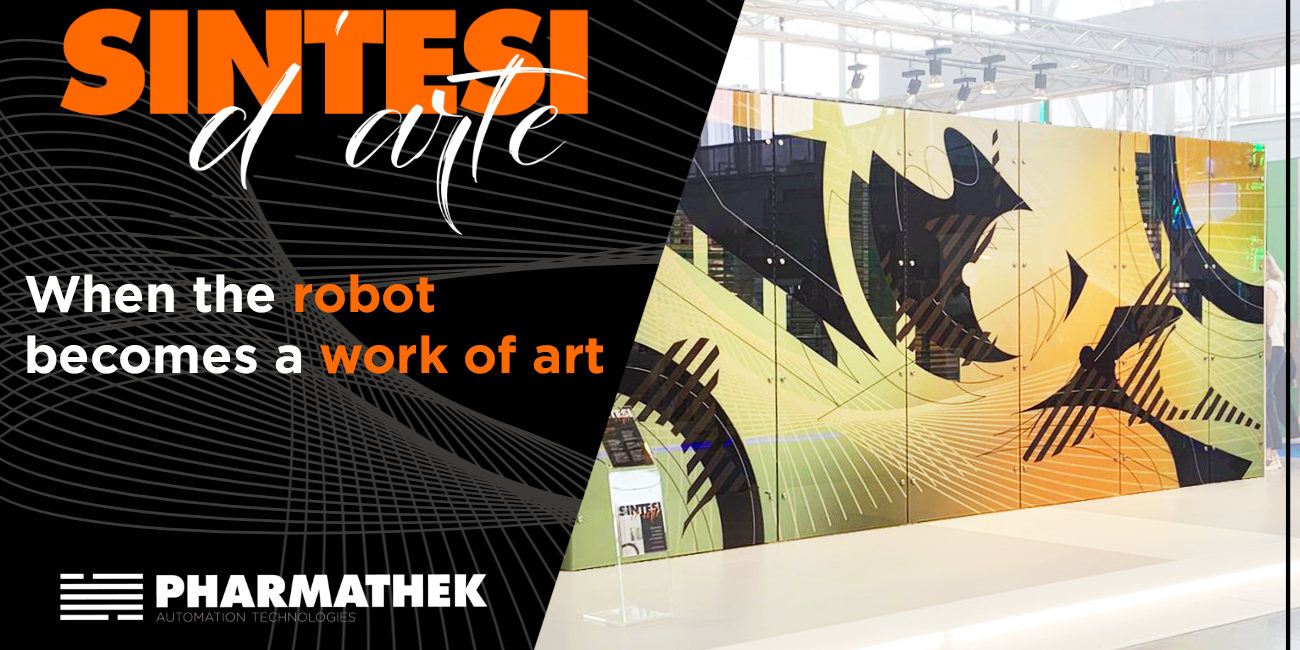 The Pharmathek team decided to answer these questions in a practical way, transforming its robot into a work of art. In fact, on the occasion of the 2022 edition of Cosmofarma, the design of SINTESI was entrusted to the international street artist Corn79, who used geometric patterns and colours to give shape to the movements governed by the algorithms inside the robot, which are generally invisible.

The result is a unique work, printed directly on glass, composed of shapes and levels arranged at different depths. The elements float in an undefined space and evoke the life of the mechanical components, and their motion, inside the robot. The work is completed by integrating the internal shelves of SINTESI and the boxes placed on them, thanks to the use of transparent areas. The inner and the outer part of the robot merge, giving a complete view of the life of the medicine box.

This is how SINTESI d’arte was born: an extreme customisation of the Pharmathek robot, which aims to redefine the concept of personality in automation projects. 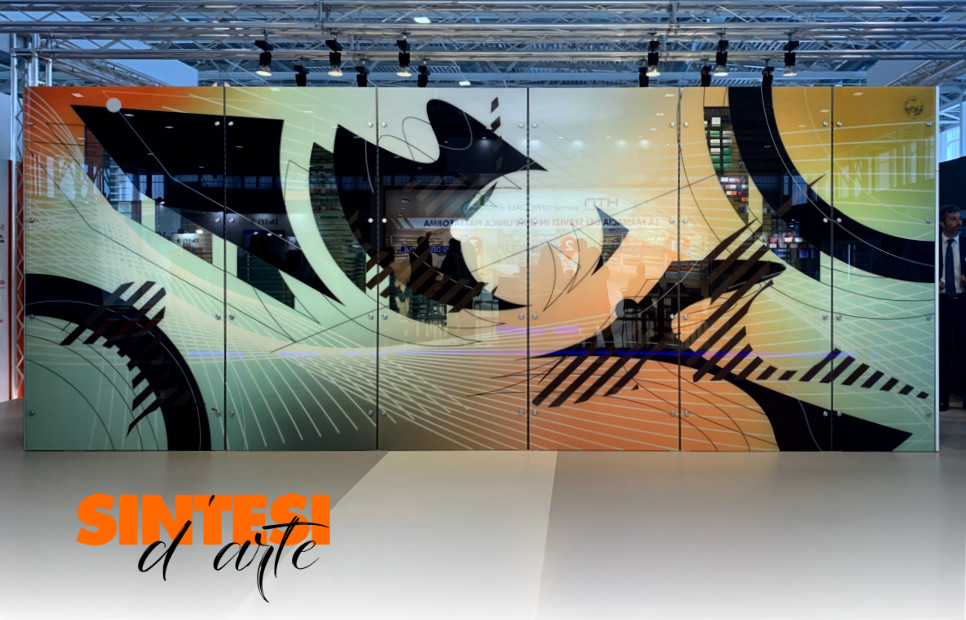 THE ROLE OF CUSTOMISATION

Customising the design of a robot does not only mean integrating it perfectly with the other elements in the pharmacy, it also means communicating with patients.

Establishing lasting relationships with patients is crucial today if you want to grow in your field. The founder of Pharmathek, Alexander von Liechtenstein, also stated this in a recent interview: “A patient who feels pampered and advised by his pharmacist will not hesitate to return. At this time, loyalty is one of the most important keys to a pharmacy’s success“.

The SINTESI robot becomes an active part of the environment and supports pharmacists in communicating their values in a unique way to those entering the pharmacy, contributing to the development of relationships with patients.

WHAT IS BEHIND THIS CHOICE

Pharmathek decided to turn its robot into a work of art to show in concrete terms how far SINTESI’s degree of customisation can go and to convey the concept of uniqueness.

In the common imagination, art and robotics are worlds apart.

In this case, however, a highly innovative and technological solution, governed by complex algorithms and advanced robotics systems, has come to merge with pure art, becoming itself part of the work.

The union of these two apparently distant worlds opens up an infinite number of customisation possibilities for the SINTESI robot, making it one of a kind, just like works of art.

Can this level of aesthetic customisation also be achieved in automation projects for pharmacies? Of course.

The SINTESI d’arte project was created to show pharmacists what they could integrate into their environments, in order to convey their own identity and values to patients.

If you have any questions about SINTESI d’arte, please do not hesitate to contact us. We will be happy to provide you with the answers you need.

Back to News
Go to Top

We use cookies to provide you with the best user experience and navigation on our website.
You can find more information about which cookies we use on the site or disable them in the settings.

This website uses cookies so that we can provide you with the best user experience possible. Cookie information is stored in your browser and performs functions such as recognising you when you return to our website and helping our team to understand which sections of the website you find most interesting and useful.

Useful for personalising your browsing experience.
Analytical cookies, including third party cookies, help us understand how users navigate the site.

Enable strictly necessary cookies so that we can save your preferences!